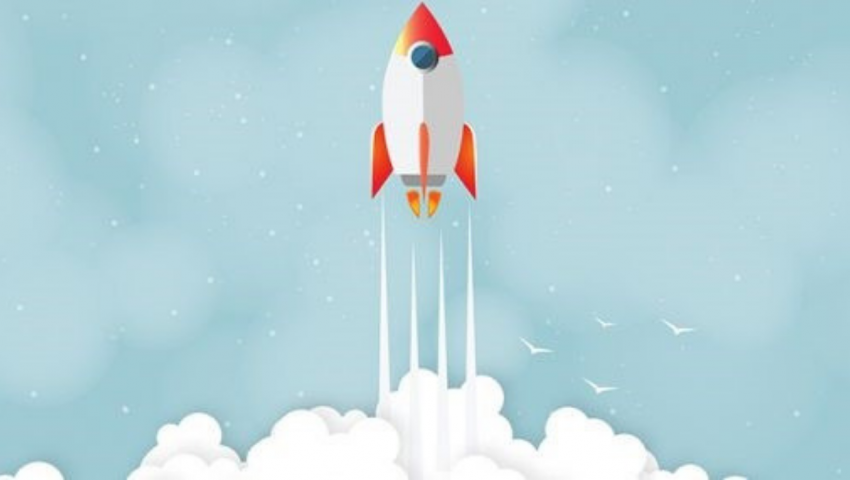 How to launch your event with a bang
by Helen Alderson
With Pizza for Losers on the horizon, I thought it would be a good opportunity to share one of my failures and how it prompted me to come up with an easy to implement strategy to really strengthen my chances of launching future events with a bang.
To be clear, I am focusing this around digital, and more specifically a social media-based campaign. I feel strongly that, if your target audience is the right demographic, social media should be at the forefront of your marketing campaigns. It has huge reach, is extremely cost effective and posts can include links to register interest/sign. A few years ago, I was tasked with launching a new fundraising event. The event was part of a bigger campaign, so was given a platform that already had decent following. We had some great graphics and a good set up. I even filmed and edited a wonderful launch video. I had visions of it going viral – it was that good (in my opinion, of course)! We arrived at launch day and the event went “live” (we even paid for a promoted post on Facebook). We hoped to have around 500 participants at the event. We ended up with 12. Thankfully, the event was virtual, so none of the 12 people noticed it hadn’t quite gone to plan. I thought long and hard as to why it had failed so colossally. The concept was great, the materials were all there and looked pretty good, and the steps were in place so that things would run smoothly behind the scenes. I realised that I made a few key errors in the marketing of the event: 1. No-one knew that we were about to launch the amazing event. So, no matter how great my video and graphics were, I was effectively playing it to a huge room with three people who happened to have stumbled upon it. 2. My event was good, but was it the best? These days there are lots of events (not just within our sector) that people can choose from – why was mine any better than those? That doesn’t mean that our events need to be high budget, all singing all dancing, but I didn’t think about what set it aside from everything else. 3. My audience didn’t have a reason to sign up and commit there and then. Your interest will always be peaked at the moment you see something and are enthused by it – this is when we need to make sure that people commit to taking part. I hadn’t given my audience any reason to do anything else than just “have a think” – by this point they had already moved onto the next thing that had interested them. I decided to come up with a three-step plan in order to market my future events. I have so far used it for three, very different, types of events. Each of these resulted in sell outs, record participant levels, and a significantly higher volume of engagement. Alongside this, they all resulted in record income levels. Whilst these steps have been developed using my experience and training in sales, fundraising and events, they aren’t something that have been taken from any official “how to” guide. They have been developed by understanding my event, what I want to achieve out of it (income, numbers etc) and by knowing my target audience (this usually includes regular supporters, but is rarely limited to them, especially when going for big increases). By having an understanding of the above, you can use the steps below to give yourself a very strong chance of a successful event launch.
1. Pre-launch campaign - The primary goal for most events is to get sign ups as quickly as possible. That means, any way we can spend building and priming our audience before the official launch, is time and resources well spent. The week or so leading up to your event launch, operate a pre-launch campaign. This could be a few days’ worth of teasers, short video case studies from previous participants, or even just a countdown to launch day. Set a call to action by creating it as an event on Facebook and linking your posts to it. This means you will have a pool of warm prospects before you even get started. You can replicate this using emails containing “register your interest” link. 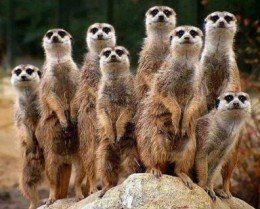 2. Grab their attention – You now have a pool of people who are interested. They have a reasonable (possibly clear) idea about what the event entails. Now, you need to set your event aside from the rest – give them that extra reason to sign up. Now, no-one can resist a special offer. There are few better feelings than if you think you have got value for money, or something cheaper than it should be. You need to replicate this feeling for your supporters in this next step.
This is usually delivered in one of two ways – either a discount or an added benefit that they receive when they sign up. For example, a reduced fee or a bonus package (e.g. a special t-shirt or medal) can usually do the trick. You are now starting to really cement that interest from your pool of participants.
3. Urgency – How many times have you seen something that you would really love to do or buy, and then said “I’ll do it later”. We risk this happening when we don’t add urgency into our event launch. Think Black Friday – you have seen an amazing TV, at an amazing price, and you know that if you don’t get down to the high street, wrestle past three security guards and an old lady, you run a huge risk of losing that TV. 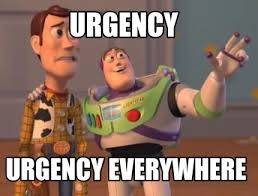 Black Friday even doubles up on the urgency by having their own time limit (24 hours) and the threat of someone else getting that offer before you. This is what you need to replicate (minus the injured parties) for your event. Building urgency is effectively limiting the offer to your supporter with something they aren’t in control of. You can make it time sensitive, you can cap the numbers, or both. To build the urgency further, you can take even more certainty/control away from the offer and put something unpredictable onto your grabber. For example, you could live stream a walk/run around your newest 5k mass participation route and your launch offer will only be available during the time it takes to complete that route. Meaning that supporters can never be certain how long the route will take and, therefore, how long the offer will last. Thus, they are more likely to take immediate action. Don’t worry about the risk of people missing out on the offer – people understand that these things happen and offers come to an end. What’s more, you can always use the line “the offer has expired, but I will see what I can do for you” with some supporters to strengthen relationships and make them feel extra special. Always remember to budget for and, therefore, be in control of your launch offer. For example, you could advertise that the first 100 sign ups get a discounted rate, but you know you have in fact budgeted for 130 and therefore have scope to give the reduced price to special supporters after the deadline. By following these three steps, you increase your chances of hitting the ground running with your recruitment when launching your event. You will inevitably end up with some people who have little interest in your charity However, by giving yourself a strong start, you will give yourself more time to focus on building relationships, fundraising support, and donor care. Here’s to your next successful event! If you would like some support in devising your next event launch, why not book in for one of our free consultations? Taking place on the first Tuesday of every month, we can spend some time brainstorming to come up with the perfect plan to help your event soar.
This article was written by Helen Alderson in May 2019. If you would like to discuss or comment on the content, please feel free to get in touch at hello@kedaconsulting.co.uk or https://twitter.com/KEDA_Consulting