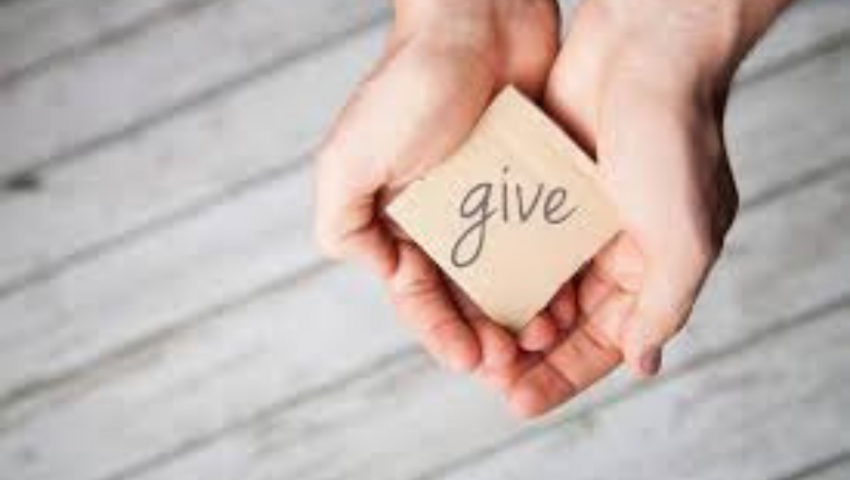 If you don't ask, you don't get
by Keith Nicholson
The most recent UK Giving 2019 Charities Aid Foundation survey showed that the overall number of people giving, either by donating or via sponsorship, has seen a steady decline of 4% between 2016 and 2018 from 69% to 65%. Most news outlets looked at the key findings from the work and gave that headline takeaway figure. However, what was widely missed is that there was a correlating finding within the data which showed that fewer people had actually been asked to give, falling from 28% in 2016 to 23% in 2018. So whilst the total amount donated to charities remained broadly the same, the most interesting aspect of this work for practitioners was probably that less people are being asked to give. Why is this so important, if the overall amount has remained the same? What can charities do to ensure their donations are able to benefit from the higher donation per person received? “Although fewer people report that they are giving money, those who do give are giving higher amounts. Overall, the total amount given to charity in 2018 remains largely the same as 2017 at £10.1 billion.” (CAF, 2019) The Fundraising Regulator has excellent guidance and also clear expectations of how to stay within the law when making a donor ask. It is potentially the case that the recent implementation and enforcement action of The Fundraising Regulator has made a contribution to the reduced numbers of requests to the general public. Most charities are experienced in recruiting and retaining individual givers and have developed their own way of making the ask and running campaigns that deliver results and make best use of donors’ gifts. However, there are some interesting results from the recent CAF report which may prove helpful in reflecting on your charity’s own approach to making the ask. Trust “Trust in charities has decreased significantly since 2016 from 51% to 48% [of people] agreeing that they believe charities to be trustworthy” (CAF, 2019). There have been a number of high profile cases of charities misbehaving in 2018 and 2019, and the knock on effect from each high profile case is felt for a period thereafter across the sector. ACTION POINT: What is your charity able to do to build trust with donors, operating with the highest of integrity, openness and delivering against promises? By building a number of explicit trust elements, can your charity stand out from the crowd? Causes “In 2018 children/young people and animal welfare jointly lead the list of the causes people say they donate to, with 26% of people saying they gave to each of those causes in the past month. Children or young people (26%), animal welfare (26%), medical research (25%), hospitals and hospices (20%) and homeless people, housing and refuge shelters in the UK (18%) were the most popular causes to donate money to” (CAF, 2019). ACTION POINT: Despite the quality of your campaign, the compelling nature of your ask and the clear donor segmentation you’ve carried out on your database, there are simply some causes more popular than others. Think about how this will impact donor behaviour towards your request, particularly if you are competing in an open arena and pitch your ask and expectations accordingly. Making the ask The frequency of giving has not changed over the last three years, but think about when you are making an ask and the relevance of a campaign to the time of year – rough sleeping at Christmas being a classic example of when the annual ‘Crisis at Christmas’ direct mail letter hits my mailbox. “Peak months for giving money are November and December. This has become a yearly pattern largely due to established fundraising campaigns over these months – these are also the main months for donating with cash.” ACTION POINT: Consider who you are asking and the relevance or link to a cause. Broadly speaking, there is a gender divide in giving - “In line with previous years, women and older people are the most likely to engage in charitable and social activities” (CAF, 2019). Finally, it seems that the learning curve of the use of digital technology in giving is still on the up and that innovating in this space might just put your charity ahead of the donor competition. For example, British Heart Foundation has just employed its first Chief Technology Officer to head up a new directorate at the charity. The post holder comes with a prestigious data background to drive income growth for the charity. It is an exciting time for charities who invest in the right ways to ask.
This article was written by Keith Nicholson in May 2019. If you would like to discuss or comment on the content, please feel free to get in touch at keith.nicholson@kedaconsulting.co.uk or https://twitter.com/KEDA_Consulting